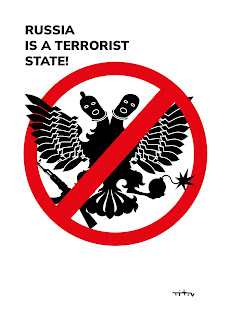 98% Believe in Ukraine’s Victory over Russia

Norman Vincent Peale, the well-known American Protestant clergyman and author best known for popularizing the concept of positive thinking, preached “Believe you can, and you can. Belief is one of the most powerful of all problem dissolvers. When you believe that a difficulty can be overcome, you are more than halfway to victory over it already.”

Up until about six months ago, Ukrainians were facing in a wanton war the supposed second strongest army in the world, the armed forces of Russia. Since then, after getting their battle orientation, confidence, esprit de corps, and Western arms, the Armed Forces of Ukraine and auxiliary citizens’ defense units have managed to push back the Russian invaders. With the persistent effectiveness of the infantry, precision sorties by fighter jets and helicopters, as well as accuracy of the multiple launch rocket systems, Ukrainian fighting men and women managed to inflict battlefield significant damage on the Russian armed forces as well as destroy numerous munition warehouses and a few airfields on temporarily occupied Crimea.

They have killed more than 44,000 enemy invaders (including a historical number of generals and senior officers), 1,890 tanks, 234 aircraft, 15 warships and a host of other military equipment.

This has not only buoyed the enthusiasm and belief in victory among Ukrainian soldiers, but also of the people, who have been subjected to untold acts of violence and bestiality by the Russian invaders.

According to a recent poll, conducted by the Rating Sociological Group on behalf of the Center for Insights in Survey Research of the International Republican Institute on June 27-28, 98% Ukrainians believe in Ukraine’s victory over Russia, and 91% approve of President Volodymyr Zelenskyy’s job performance.

When asked if they believe Ukraine will win the war, 98% replied yes.

One percent of respondents said that they did not believe in Ukraine’s victory and another 1% said they were undecided.

In an earlier poll, conducted in April, 97% of Ukrainians said they believed in Ukraine’s victory.

Meanwhile, 88% of respondents strongly approve and 10% somewhat approve of the actions of the Armed Forces of Ukraine, with a total of 98% respondents approving of the army’s performance.

Support for NATO membership has increased in recent months. Seventy-two percent of Ukrainians would back joining NATO if a referendum were held today. That is a jump of 13 percentage points from a poll conducted in April.

The poll also shows that a large majority of Ukrainians do not believe they will cede any territory to the Russian invaders: 64% say that after the current war, Ukraine will maintain all territories within its borders that were internationally recognized in 1991. Another 14% say that Ukraine will regain territory under their control prior to Russia’s February 24 invasion.

A unique united national trifecta: the people, the military and the government. On to victory!