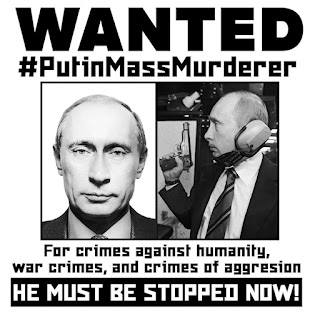 The second telephone conversation between President Joe Biden and Russian Führer Vladimir Putin did not break any new ground except reaffirm the sad reality that the corner office in the Kremlin continues to rule regional and global affairs.

At the request or insistence of the Moscow dictator, the two presidents spoke for nearly an hour on Thursday, December 30, in hopes of deflating the extremely dangerous Russian military buildup on Ukraine’s border that could explode into a regional if not global war that will dwarf World War Two.

Despite the naïve questions posed by some news writers and broadcasters about Moscow intentions, the reason is simple and everlasting. The Kremlin wants to rebuild its empire by re-subjugating the former captive nations of Ukraine, the Baltic States, Poland and others. By reaching the geo-political and military dimensions of the late Soviet Union, Moscow would be feared and respected by all countries and international organizations such as NATO. And the Atlantic alliance will think three times about edging closer Russia’s border.

Russia is certainly successfully heading in the direction of ruling the global roost. It threatens the region and world under the guise of fearing for its security – imagine today’s NATO deciding it will subdue or vanquish Russia. World leaders take notice, plead for cooler heads to prevail and pledge to meet with the aggressor like Neville Chamberlain did in 1938. Consequently, the White House agreed to talk with the Kremlin about Ukraine.

Would Franklin Rooseveltand Winston Churchill have met with Adolph Hitler about Nazi invasions of Europe?

The inconclusive conversation was at the same offensive to President Volodymyr Zelenskyy and the Ukrainian nation because it violated the principle enunciated by President Viktor Poroshenko: Nothing about Ukraine without Ukraine!

Two options still remain on the table: a diplomatic solution, which means that Moscow would give into the free world’s pleas and other enticements, or sanctions and retributions, which mean that Russia would be painfully punished for invading Ukraine again.

The first one is obviously out of the question. Leaders of the former captive nations that are equally concerned by Moscow’s conceivable invasion of their independent countries also favor a strong, punitive response to Russia’s belligerence.

The only course of action is to punish Russia for disrupting global peace and security. White House press secretary Jen Psaki said Biden “urged Russia to de-escalate tensions with Ukraine” and “made clear that the United States and its allies and partners will respond decisively if Russia further invades Ukraine.” No details were given.

Putin has promised to sever diplomatic relations with the United States in the event of drastic reprisals. Washington should immediately jump on this option before a Russian invasion thereby demonstrating its hardline commitment and perhaps forcing Russia to stand down.

Punitive sanctions should happen before Russia sends its army across the Ukrainian frontier, which will surely lead to bloodshed the amounts of which haven’t been seen since the Second World War. Experts have opined that the Armed Forces of Ukraine, which are being bolstered by the United States, some free world countries, and the x-captive nations, are vastly improved since the 1991 Declaration of Independence. However, they and realistically all other armies are no match for the Russian military machine. That prospect is not expected to diminish the Ukrainian armed forces’ nationalistic commitment and spirit to defending the country and nation to the last bullet. Moreover, the Ukrainian civilian population is preparing to join the fight with auxiliary and guerrilla armies like Ukrainians had mobilized during World War Two – the Ukrainian Insurgent Army (UPA). Training has already begun.

The holidays notwithstanding, the Ukrainian nation, the people, are going about their holiday and New Year chores entirely cognizant that a full blown war with Russia is coming. They feel it in their blood and souls and no telephone conversation between Biden and Putin will assuage their precarious certainty because regrettably Biden doesn’t rule the outcome unless he takes a hard, immovable posture. Otherwise, Putin will continue to rule and the free world will bow at his feet.

A businessman from western Ukraine confirmed this conviction to me today. War is coming and only the naïve don’t believe it or hope for the best. He said the Russian mission is to capture Mariupol, a city of regional significance in southeastern Ukraine, situated on the north coast of the Sea of Azov at the mouth of the Kalmius river, in the Pryazovia region. It is the 10th-largest city in Ukraine, and the second largest in the Donetsk Oblast with a population of 431,859. The reason for this strategic move is clear: establish a water pipeline to Crimea because Kyiv rightly turned off the spigot after Moscow invaded and temporarily occupied it and then it would control the Azov shoreline as well as the eastern half of the Black sea. Not insignificant bodies of water.

This does not bode well for a truly happy, merry and joyous Christmas in Ukraine.