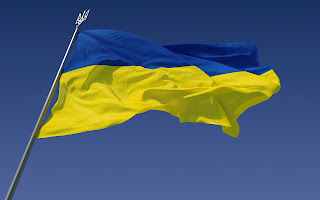 Despite internal and external enemies, cynicism and obstacles, the Ukrainian nation has withstood the odds and half-hearted international support to safeguard their country’s independent and free democratic existence for the past three decades.

The past millennia was not easy but the people passed numerous tests to finally regain their independence and sovereignty on August 24, 1991, to resume being masters of their God-given land and homes, and preserve their national history, cultural heritage, language, spirituality and religion.

The latest proclamation of independence in the halls of legislature of the Ukrainian SSR was a natural result of the historical national aspirations, a joint victory of many generations of the greatest sons and daughters of Ukraine, who won Ukraine’s independence in wars with numerous enemies. This is not just a birthday of the country. It is a celebration of the history of entire generations of today’s ancestors who created the nation and fought spiritually, intellectually and militarily for their sovereign statehood. It is also a day when Ukrainians would do well to ponder about tomorrow, about future generations, about their common responsibility to history.

Throughout its existence, from time immemorial, Ukraine has endured many hostile attacks and invasions thanks to its great leaders, such as Kyivan kniazi, Kozak hetmans as well as modern personages such as Mykola Mikhnovsky, Symon Petliura, Vyacheslav Lypynsky, Patriach Josyf Slipyj, Dmytro Dontsov, Yevhen Konovalets, Stepan Bandera, Roman Shukhevych, Yaroslav Stetsko and others. They stood at Ukraine’s threshold and guarded statehood. Next to them have been hundreds of thousands of Ukrainian patriots, heroes, known and unknown, ordinary men, women and even young people who laid down their lives for the country when the situation demanded it.

Freedom and independence were not given to Ukrainians in 1991 with the simple gesture of adopting a proclamation and entering the legislature’s hall with the blue-and-yellow Ukrainian flag though it was a powerful signal. Ninety-percent-plus of Ukrainians approved it.

Today, Ukrainians need to remember their centuries-old history of fighting for independence and protecting it in order to stop Moscow’s attempts to identify the country only as part of the post-Soviet space. Since there are hostile attempts emanating from Moscow to present Ukraine as an immature, vague country, it is vital to emphasize that 30 years ago Ukrainians did not attain independence but rather the nation returned, revived, restored it.

As proof of that, Ukrainians today are simultaneously paying homage to previous generations, members and leaders of the Revolutionary Organization of Ukrainian Nationalists (OUN), who 80 years ago, on June 30, 1941, in Lviv proclaimed the Act of Restoration of State Independence of Ukraine in defiance to Soviet Russia and Nazi Germany as a sign of the nation’s long-term aspirations. The principles of the national independence of Ukraine and the yearning to perpetuate freedom and a democratic life today inspire valiant soldiers and officers of the Armed Forces of Ukraine in eastern Ukraine, who are shedding their blood in the Russo-Ukraine War of 2014-21. This invincible, eternal spirit will assure Ukrainians and Ukraine of an ultimate victory over Russian hordes.

Many generations of Ukrainian patriots have given their lives on the battlefront and at home for Ukraine to be a free, independent, sovereign Ukrainian state of the Ukrainian nation. Ukrainians today have accepted their great historical responsibility and mission to realize the dream of their ancestors – to have their own independent state. Ukrainians have paid an extremely high price for their freedom and independence. But let its enemies know that a nation that pays so dearly for its independence cannot be vanquished.

It is incumbent on the President and Government of Ukraine to prevent Russian revanchism, to provide the valiant Ukrainian armed forces with all the resources to win the war against bloodthirsty Russia, to preserve Ukrainian as the state language of Ukraine, to ensure a strong standard of living for all and to raise Ukraine to the highest level in the community of independent democracies.

Today, as never before, this holiday makes high demands of Ukrainians, encourages special responsibility to the country, future generations, because this is a difficult period of modern Ukraine’s history due lukewarm western support and the war in the east. Such is the price of Ukrainians’ aspirations to live a dignified, independent life in an indivisible, independent and prosperous, democratic European state.

Ukrainians are committed to the inevitable victory over one of the last evil empires on the planet – inhuman, belligerent imperial Russia. Ukraine has earned the right to be an independent, democratic European country in which citizens value their freedom, and has repeatedly proved this on the Maidan, Donbas and occupied Crimea. Yes, independence is a joyous holiday, but Ukrainians should not naively revel in the comfortable illusion that independence is guaranteed for future generations. It should not be taken for granted. It is not yet time for Ukrainians at home and in the diaspora to sleep soundly with the enemy at its gates.

Simultaneously, the free world must recognize – as the former captive nations of Russian subjugation have – the tenuous state of affairs in Eastern Europe with Moscow poised to rebuild its iron curtain. The free world is also responsible for preserving regional peace, security and sovereign independence otherwise it will face a re-armed Russia by itself.

The idea of ​​an independent Ukraine requires genuine devotion today no less than on the day when the patriotic deputies of the democratic wing escorted the blue and yellow flag into the hall of the Verkhovna Rada of the Ukrainian SSR in Kyiv or when the revolutionary leaders proclaimed the Act of Restoration of State Independence of Ukraine in Lviv. Ukrainians and their compatriots and supporters still need to carry the Ukrainian flag high.